Hey guys, a fairly quick one today. Over the past few months many of my posts have discussed the use of carrier oils. I have included them for such activities as shaving, massage and muscle relief. In each of these activities I have usually outlined the use of coconut oil as the carrier.

I have since been asked a number of times why I only use coconut oil? The answer is simple – because that is the one I have in the house. But it did make me realise a gaping hole in my manformation levels so here is a list of the best carrier oils for essential oils – well, at the very least enough to help you guys find one without too much trouble or messing around…

What is a carrier oil?

A carrier oil is any natural oil that is used with Essential Oils. Popular carrier oils include: 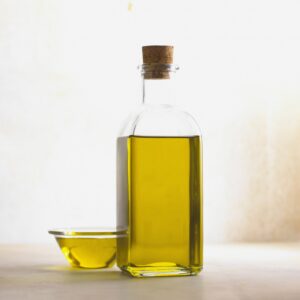 The best carrier oils are those with little scent, can be in either liquid or paste form and are used to dilute essential oils. However, they do not reduce the effectiveness of the essential oil due to the fact that they are not volatile and provide a stable base for them. The best carrier oils are cold pressed and many provide their own additional benefits to the user.

Why use carrier oils

There are a number of manly reasons why carrier oils are used. These include:

What are the best carrier oils?

Ok, I use two carrier oils almost exclusively – Coconut and Grapeseed. Why? Because when I first started using essential oils we had coconut oil in the cupboard and a friend of ours gave us a massive bottle of grape seed – I don’t know where he even got it from… He just asked me one day if I wanted it?

I use the coconut oil for anything that I want as a ‘paste’ type composition – such as shaving creams, sports rubs etc. and grapeseed for making blends in roller bottles (watch this space – manly blends post coming soon to a website near you). I will outline them first, then in the interests of full disclosure, will talk about a few others too:

and liquid form) and added benefits. On its own it is a known moisturiser used in many skin care products for the skin, hair, and lips – and of course the manly beard. It has a distinct, but low odour and is popular as a carrier due to the fact that it leaves a thin layer on the skin giving maximum benefit of the essential oil being used with it.

Coconut oil can be purchased as a solid which will soften at room temperature. In warm temperatures however it will ‘melt’ to a liquid form so it will need to be kept in a cool place in summer. If you live in a cold climate however and wish to use it as a carrier for blends, you may need to look at purchasing fractionated coconut oil. It is more expensive than the solid type but saves you the problem of it solidifying in your roller bottle.

As with coconut oil, it leaves a slight layer on the skin making the impacts of its essential oils last a little longer. It’s heavy vitamin concentration and anti-inflammatory qualities also allow it to add to the benefits of the essential oil with which it is being used.

Jojoba oil is another popular carrier oil derived from the seed/bean of the Jojoba shrub, native to the south wester parts of North America. Jojoba oil is actually often considered a wax rather than an oil which makes it extremely

useful when using essential oils in massage and skin care. In fact, researchers have found that the wax produced by this plant is similar to the protective wax produced by human skin to help keep it smooth and moisturised. These properties mean it is able to penetrate deep into the skin. It is a little stronger in aroma than some of the other carrier oils but nonetheless, it is quite pleasant.

Its qualities obviously make it a very good carrier oil for massage when mixed with other moisturising oils such as lavender and its high anti-inflammatory properties and is often used in acne care, making it a good match for such essential oils as tea tree and peppermint. As with grapeseed oil, Jojoba oil contains high levels of vitamins A, D and E which are known to be very effective in healing the skin and hair. I am thinking also about giving this one a shot for my foot rub and in my shaving cream.

The three carrier oils highlighted above a what I consider to be the best and most effective for the manly uses of essential oils. There are some others however that are also quite effective. And if, like me, you have decided to just use what you have in the cupboard, then here is a brief run-through of a couple of them.

dressings. In terms of advantages as a carrier oil, avocado oil contains many antioxidants and anti-inflammatory agents to assist in skin care including:

If using for skin care purposes, avocado oil will work well with essential oils such as lavender, geranium, tea tree and frankincense.

Olive oil is produced by pressing whole olives and is used extensively in cooking and food preparation. In terms of

use as a carrier oil, olive oil is not as popular due to the oily residue it leaves on the skin and in the hair as well as the fact that its scent can interfere with the aromas of some oils. It does however contain many of the same qualities as the other carrier oils mentioned including vitamins A, D, K and E, anti-aging antioxidants and hydrating squalene making it also good for hair, skin and nails.

Almonds are another product that is used extensively in the food industry – often as an alternative to dairy. Almond oil (often referred to as Sweet Almond Oil) is made by pressing almonds and has been used in Chinese medicine for centuries. Its commonly accepted benefits include:

Again, as with most other carriers it is rich in anti-oxidants, vitamins as well as potassium, and zinc. You could certainly do worse than using this one if it is the one you have access to.

Not technically an oil, but with its highly regarded antiseptic, anti fungal, and antibacterial qualities, it is starting to be used a little more with essential oils. Witch hazel can be used as an astringent and may reduce inflammation and redness which makes it a very good addition to a Northern Lights Blue Spruce (my favourite essential oil) in the preparation of those manly aftershaves etc.

How much carrier oil do we need? 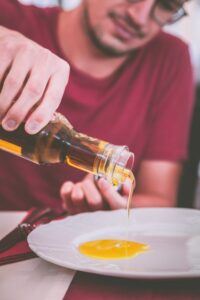 This is not an exact science, but the National Association for Holistic Aromatherapy (one of many associations in this field but this one seemed to be similar to any others I read) recommends the following:

Note: These are to be used strictly as a guide only. If any irritation or sensitivity is experienced when using these dilutions it is advised to further dilute or stop applying the mixture until medical intervention is undertaken.

So there you have it… Carrier Oils 101. I hope this has been helpful and keep an eye out for some videos in the very near future on how to use carrier oils with essential oils.